In this guide, we will look into integrating an element with live-action footage. This is a simple matte painting element, but the process is a good starting point to familiarise yourself with the concept of white and black point, which can be applied to basic CG integration as well

On the right side, the distant buildings are positioned fine but the colors don’t match, we want a better integration

In our aim for integrating the matte painting element with the background, we need to analyze and understand the colors of the background footage, and then adjust our element’s colors to match

We can’t judge these with our naked eye, we need assistant of the color picker and Nuke’s viewer exposure and gamma sliders 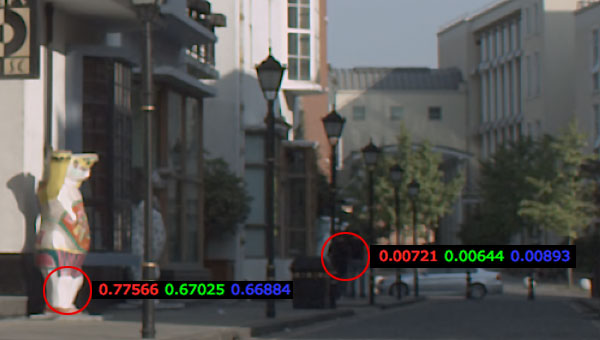 Hovering over an area, Nuke shows the color picker values under the viewer

To sample one point crtl-click, an area shift-crtl-drag, clear the selection ctrl-shift-click

exposure on left, gamma on right 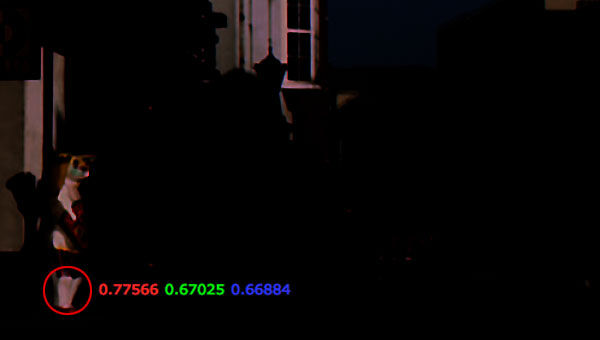 Although the brightest point looked full white, even burned-out with the naked eye, it is really only around 0.7 and it is warm 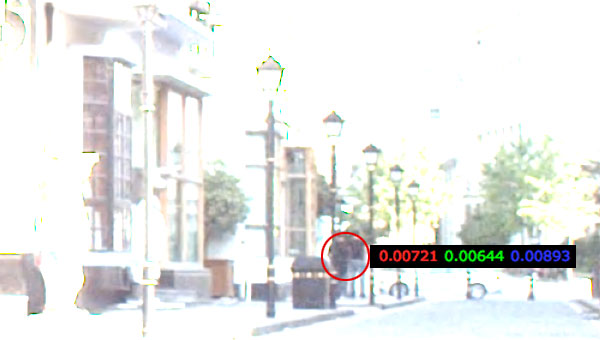 The darkest point is below 0.01, sounds very low but we are in linear color space

Blue is the highest of the three values 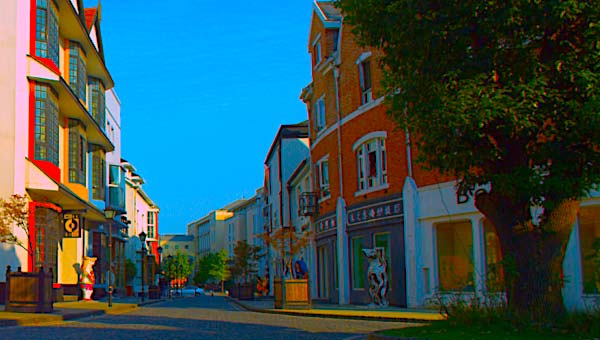 With these simple steps, we’ve learned: How bright is the brightest point and how dark is the darkest point exactly. And which color tone do they have

We now know our footage’s white and black point

whitepoint, gain, multiply do all the same thing – changing the white point

exposure is another tool to change the white point

And of course the curves in the ColorLookup node

(More on the page: White and Black Point Controls) 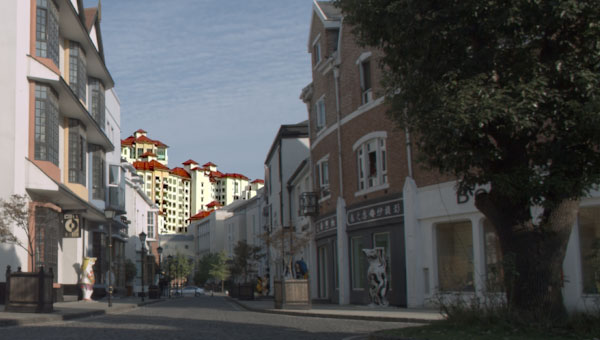 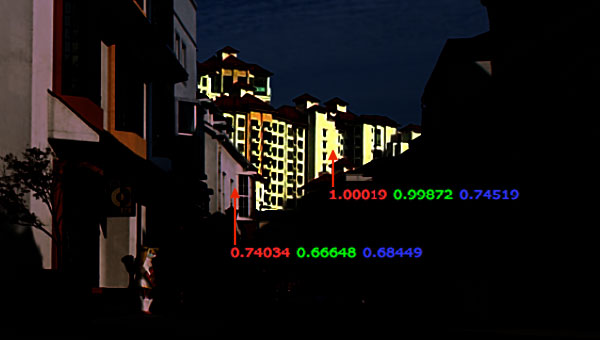 Tick the 4 to unfold channels

I’m using multiply. Gain and whitepoint do the same thing 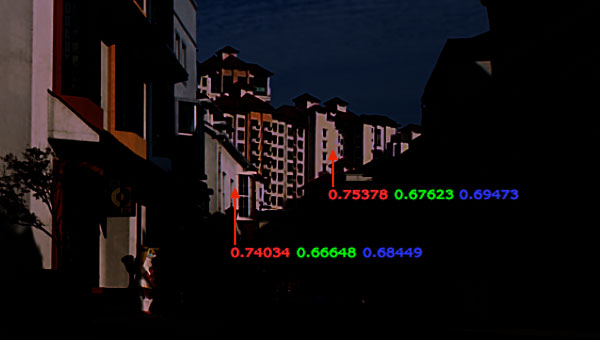 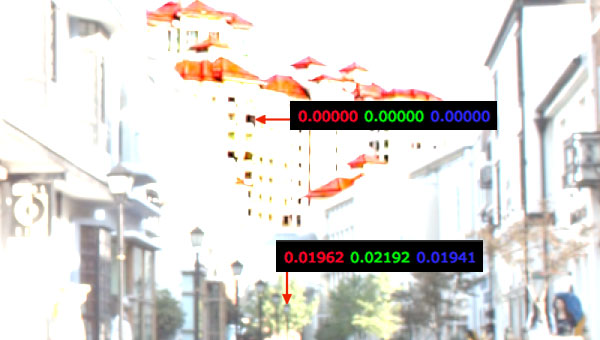 Exposure up shows the matte painting’s blacks go as low as zero, the source’s are around 0.2

For the source footage, find a reference point at a similar distance to the camera

Tick the 4 to unfold channels 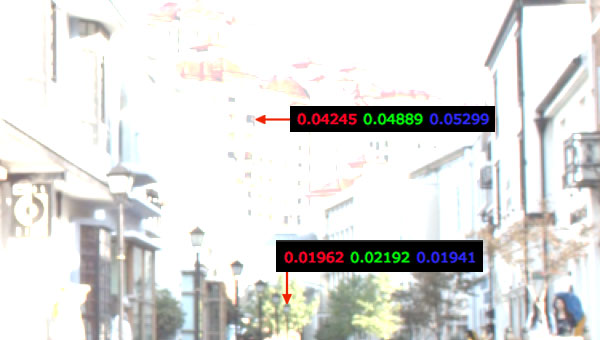 I’m assuming the element is further away than my reference point, so I increased all 3 values above the source footage 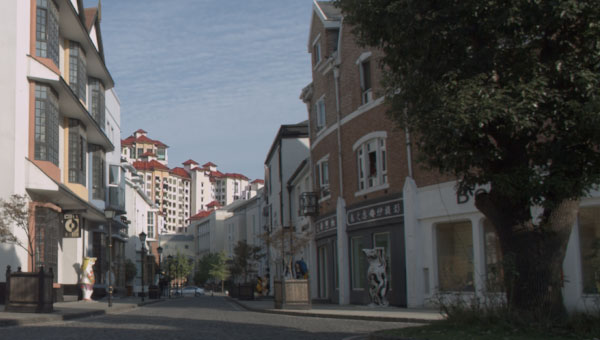 With only two adjustments, it’s a massive step forward

There’s always room for improvement, the red rooftops pop out too much and we could tweak the shadows to be a tat cooler

In this example, I want to adjust the roof and the shadows. Several ways to approach this, to simplify we will include the roof in the shadow correction by using the ColorCorrection node’s ranges 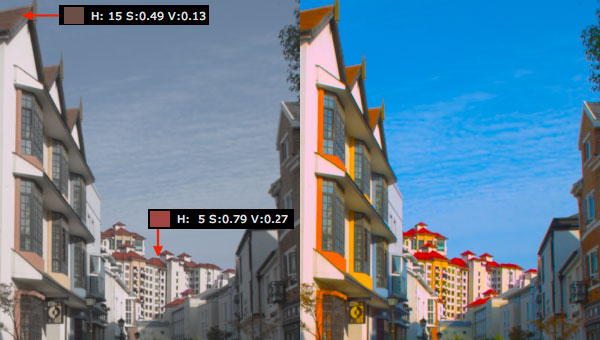 gamma affects everything between black and white but has more effect on darker values, ideal to correct the shadows

Gamma and saturation influence each other dramatically, doing both at the same time is tricky, better to do the saturation last 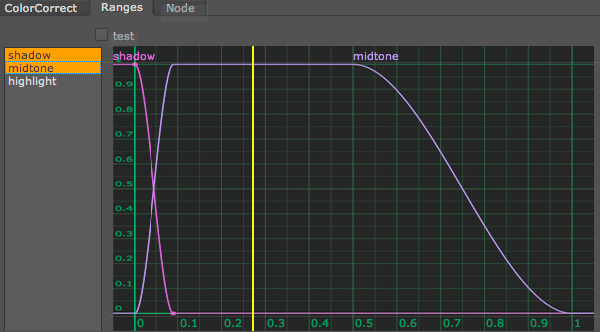 Yellow line is the roof value, it’s not included in the shadow range, but only in the midtone range

Adjusting the shadow values would not affect the roof 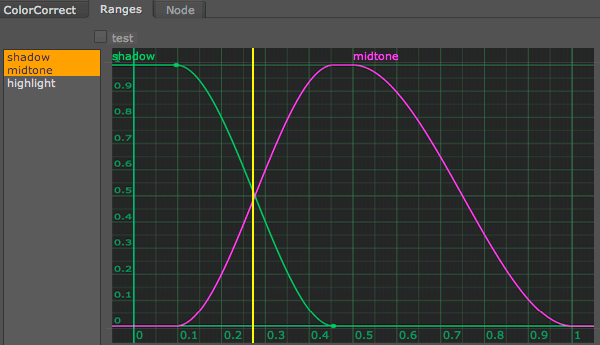 Shadow ranges adjusted to include the roof value, at least partly 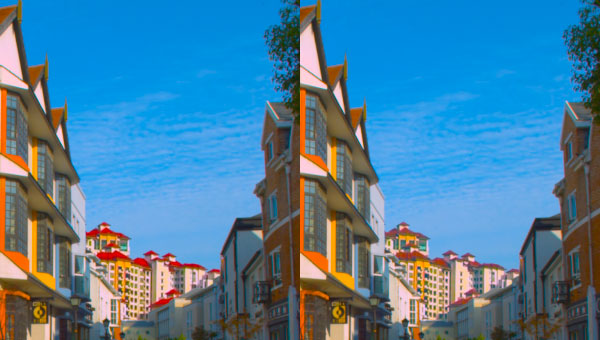 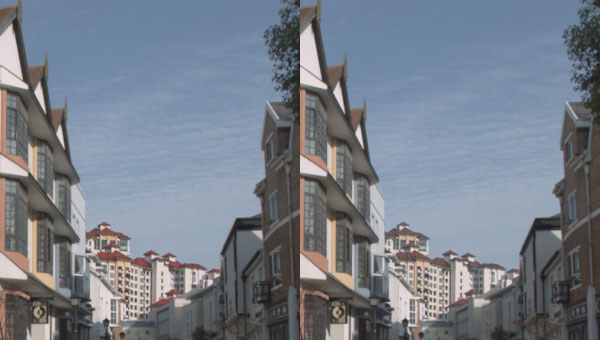 Result of the shadow correction on the right side

The rooftops are better now

The bluish shadow is subtle, a bit more noticeable in the saturation-up test